In July 2020, the Industry Council on ESD Target levels, in collaboration with the JEDEC JESD78 working group, launched a survey on latch-up testing. As described in an earlier article [1] in this magazine, the survey was conducted to better understand how the present latch-up standard (JESD78 revision E) is interpreted and used in the industry. The article also invited representatives from the industry to participate in order to collect data and opinions. The survey is closed, but a pdf version is still available at https://www.esdindustrycouncil.org/ic/docs/latchupsurvey2020.pdf.

This article provides a high-level overview of the Industry Council paper “Survey on Latch-up Testing Practices and Recommendations for Improvements,” which describes the full analysis of the collected responses and lays a path for potential adaptations needed to accommodate its use in future technologies and applications. Based on the survey results, we summarize the key issues documented in the paper that include problems with the latch-up standard and its application. Based on that analysis, the compiled results suggest improvements for better understanding and future JESD78 related testing. This article serves explicitly as an invitation to read the published paper, which is freely available from the Industry Council website [2] and will also become available via the JEDEC website [3].

The Industry Council received 70 individual responses from at least 35 companies from more than 16 countries. The distribution over the globe is illustrated in Figure 1. Multiple responses per company were encouraged because of the wide diversity of products, customers, and requirements. This makes it likely that different approaches to latch-up testing may be used even within one company.

Figure 1: Global distribution of responses. The size of the dots is an indication for the number of responses from a country.

Based on questions with respect to market space, business type, and applications, we can conclude that the respondents cover the industry well. Notable exceptions are OEMs using analog ICs. Although the survey was oriented at Revision E of the JESD78 standard, it is relevant to know which standards are actually used. Figure 2 shows that although other test standards and older JESD78 revisions are also used, the most prevalent standard in use is JESD78E. This gives good confidence in the relevance of the responses with respect to the survey’s goals.

Figure 2: Pareto of Latch-up standards being used as reported by the respondents

The survey was divided into nine sections, each addressing sub-topics like Field Returns, Test Execution, Failure Criteria, etc. More details on the structure of the survey are provided in Chapter 1 of the paper. The survey was set up to answer high-level questions such as:

The conclusions and recommendations are provided in Chapter 3 of the paper. Some of the key results are summarized below. To fully understand the survey results, it is strongly recommended to read the full report.

One of the most relevant questions is if JESD78 latch-up testing ensures the robustness of products in the field. Related key findings are: 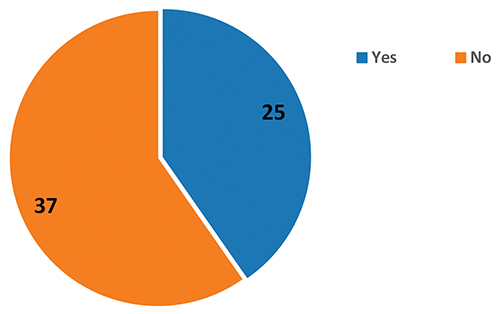 Another major topic is the assessment of how large the latch-up problem is in practice. Examples of findings related to this are: 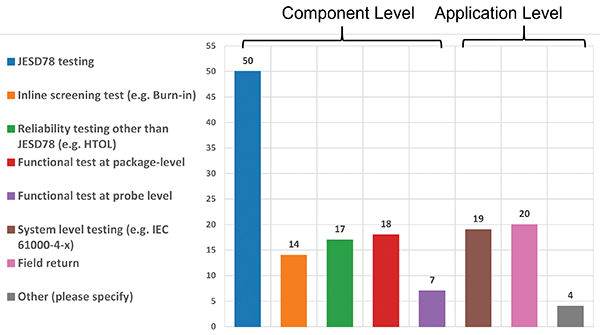 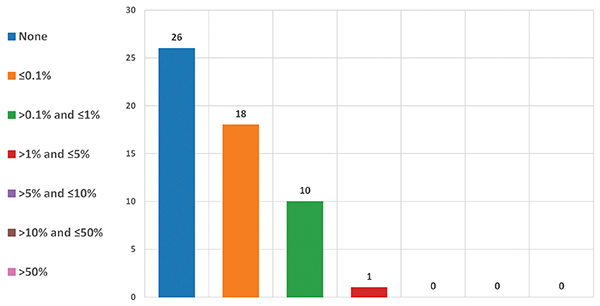 Figure 5: Pareto of [Q21], “What percentage of your company’s product re-spins were due to latch-up failures in a system application?”

Figure 4 shows at what step latch-up was detected, Figure 6 shows the root causes, and Figure 5 shows how often such cases led to re-spins. 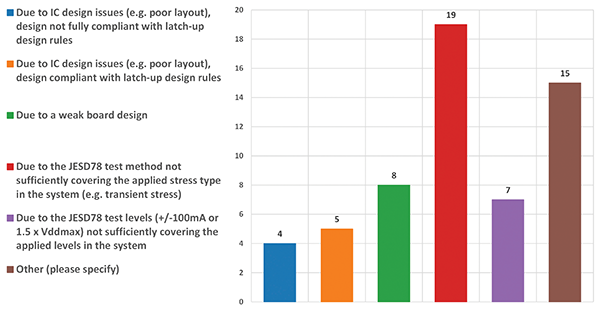 Figure 6: Distribution of Responses for [Q20], “For products that have had latch-up failures in the system, but had passed JESD78 testing, what was the root cause?”

The last highlighted topic is the question if the standard is sufficiently clear. It appears that some concepts in the standard are not interpreted the same way by all users and sometimes are even used incorrectly. The most important example is:

Figure 7: Pie Chart of Responses to [Q90], “Do you set the pin stress voltage limits so that they do not exceed the product AMR?”

Key recommendations for possible improvements and extensions of JESD78E are listed below. Some may reach beyond the JESD78 specification – they may appeal to other industry bodies, symposia, trainers, vendors, etc. Section 3.2 of the paper gives a more comprehensive list of recommendations.

During the development of this survey and paper, the JEDEC JESD78 working group prepared and released a next revision of the JESD78 standard. Chapter 3, Section 3.3 concludes the paper with a summary of the major differences between JESD78 revision E and JESD78 revision F and relates this to the recommendations provided.

Overall, the survey results indicate a dire need to improve the definition and understanding of the latch-up test standard and cover a broader range of applications. The Industry Council releases this paper to help focus the work to accomplish that.

Theo Smedes began work in ESD in 2000 and is currently Fellow for ESD, Latch-up, and EOS within NXP Semiconductors. He published several papers on ESD and introduced an ESD design course within NXP. Theo is a member of all ESDA device testing working groups and is chair of the TLP working group. He has been a member of the Industry Council on ESD Target Levels since it was founded in 2006.